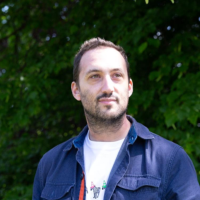 I used to play guitar in a band called The Foxes, and had some great times travelling around the world playing shows to 2 or 3 people who probably thought we weren't too bad. We eventually released an album but 5 years of being successfully ignored by the music industry I decided to make a career switch to tinkering with code.

I am currently the Director of Engineering at Echo, a health-tech company that helps people manage their repeat prescriptions. I have given talks about JavaScript at JSConfEU in Berlin and Yet Another Conference in Moscow. The slides for both of these talks are on SpeakerDeck and there is a video of my Yet Another Conference talk here.